I am proud to present you; Turkish Batman! Another hidden treasure of Turkish action movie arena!

Especially very small number of cinephiles experienced this interesting masterpiece! But I will not hesitate to make this incorrect claim; whatever it is, we have a more remarkable movie than Batman & Robin here!

Well, This film, which came out on theatres 7 years after the original one, is a very sharp Batman adaptation with Adam West’s appearance (eppiriyıns), also leading up tv series with Lelie Martinson’s contribution. Actually it’s a massive rip off we can say it! But we better not to miss another important situation. Yeah, I’m talking about television series become serial by Columbia in 1942. Thanks to Batman for animated movies, comic books, strip stories, and television series at that time, Batman had a huge fan base in Turkey of course. Producers also saw this potential and quicly served this movie accordingly.

Let’s face it. By this means, we have seen this interesting mockbuster example, still worth to be discovered after all those years! 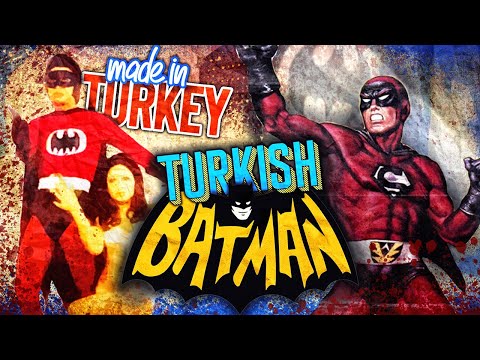